When Will the Nation Recognize the Obvious? Trump is a Traitor. by Thomas Martin Saturday 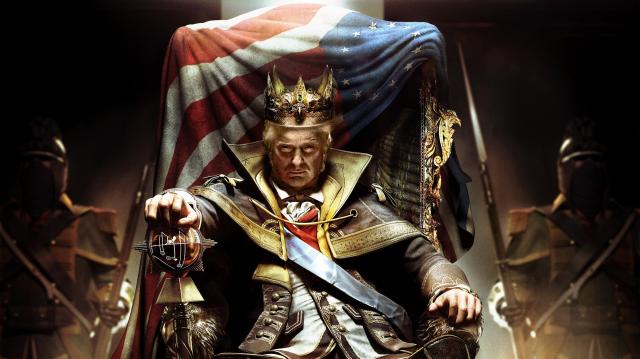 Donald J. Trump’s NATO conference visit has been every bit as disastrous for American national security as was his G-7 Conference participation. We might add the NATO conference of last year, and his series of trade wars emphasizing close allies.

NATO is an alliance the United States is bound to by treaty. It came into being in 1948-49 as the emerging Cold War made it imperative that Western Europe would not succumb to Soviet influence. For Western Europe was at that time being rehabilitated by the Marshall Plan and brought back into a group of democratic nations featuring capitalist market economies. It was the United States that put forward NATO and became from the first its chief and guiding nation state.

By Article 5 of the treaty NATO nations are pledged to come to the aid of any member that might be attacked. Article 5 has been invoked once, after our 911 experience and by other members and not the U.S. Can we assume there is that much goodwill today?

That is what Trump has been undermining since he took office. NATO might be something relatively unimportant if Russia had become fully friendly and committed fully to both democracy and values of liberty that all the other NATO members who originally signed on to the treaty value. They could not achieve that.

Their market economy is a bunch of oligarchs who report directly to Vladimir Putin, and there is no democracy in Russia. Journalists who seek to hold the Russian government accountable have been murdered by the dozens. Political candidates who might oppose Putin and his allies are routinely jailed, humiliated, slandered, and in some cases murdered themselves. Others have been the victims of attempted murder. This is the regime that Donald J. Trump tells his base and the rest of the United States deserves our warm friendship. And it is a regime where Trump asserts that Putin is “fine, just fine.”

During the Obama Administration whatever you thought of it, the United States recognized that Russian seizure of the Crimea in 2014, then part of a newly independent Ukraine, was wrong. It was and it still is in 2018. Russia has not apologized for this aggression nor have they rolled it back. Instead they are supporting the revolt of a small Russian minority within the Eastern tip of what remains of Ukraine. Obama placed stiff sanctions on Russia with the cooperation of our Allies and the UN to prohibit our doing business with Russian oil producers and the like. Later, further sanctions shut down two Russian intelligence facilities within the United States, and sent their personnel back to Russia.

It was these sanctions that newly appointed National Security Director Mike Flynn was assuring the Russian Ambassador to the United States would be lifted by the incoming administration. This was during the last months of Obama’s Administration and the conversation was had on the very day that Obama placed the additional sanctions on Russia, and of certain Oligarchs closest to Putin to do business in the United States.

Sound fishy to you? It did to the FBI’s counterintelligence operation that had for months been noting that Trump Campaign Staff were continually coming up in monitored Russian conversations concerning the 2016 election and beyond. It also bugged acting Justice Department Director Sally Yates. She brought this to the attention of the new president and his legal advisor at the White House Don McGahn. She was promptly fired for her efforts.

It was Trump himself that told the nation that he fired FBI Director James Comey because of an emerging investigation into Trump Campaign officials and their connections to Russian agents and personnel both within and outside the United States.

Trump the next day, after the statement from an interview with NBC Newscaster Lester Holt, told both the Russian Ambassador and Russian Foreign Minister that he had fired Comey, who was himself at the time leading the Russian Investigation, to get the pressure off him. The two Russians were invited into the oval office, something no president had done before due to the tendency of Russian agents or officials to bug or to learn of security measures in any facility they visited.

Trump has met with Putin more than any other world leader since becoming President. He talks regularly with Putin two or three times a week, say White House sources, as reported by a number of U.S. press outlets both broadcast and newspaper sources.

What are they talking about? No one seems to know as there is often no one listening in or reporting out what was discussed. Now Trump will be shortly going to Helsinki to meet yet again face-to-face with Putin. There will be only translators and no one else at the meeting. It is a fully un-transparent and important meeting.

The Russian media has been from many sources, bragging and showing great happiness that “Trump is ours” and that he is doing what Russia most wants. Then too, many of Trump’s statements on Russia and policy have been shown to be almost verbatim what the Russian line is on foreign policy: that is its foreign policy and not ours.
Most importantly, Trump has been unable to say anything negative about Putin since coming to the White House. He also has not fully recognized that cyber- attacks on our country’s social media, outright manipulation of public opinion, and further attacks on one political party’s e-mails were at all related to Russia. Yet, our entire intelligence community has been telling us in no uncertain terms this is the case. The Senate intelligence committee led by Republican Senators has reported this view as fact.

Putin and Russia have even tried to break in to a multitude of State’s voter registration systems. They have attempted to gain control, and very nearly did, of our electric power grid, and much more.

Any American chief executive or magistrate loyal to the United States and its people would have protested all of this in the strongest possible terms, even though Russia decided to favor Trump in the 2016 election. Trump won. Let’s put that fully aside.

So as the elected President of the United States he has four years to do this. Trump has to date done absolutely nothing to prepare us for the next series of cyber- attacks and attendant interference in our democracy. He has not done a thing other than being forced by the Congress to put some minor additional sanctions on Russia. He dragged his feet on it all.

Just in the last week both the Senate and House voted to declare that NATO remains a key national security bulwark for our country. Amidst a Russian defense buildup and non-cooperation on Syria Trump remains oddly quiescent on all of this. The Senate vote was 97-2. They know of the damage he is doing.

When will all of us recognize what is so out there in the open and dammed obvious? President Donald J. Trump is committing high treason against the United States of America.