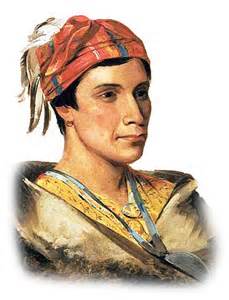 What inconvenient or even ugly, disturbing truths, do Americans often deny every day?

Mark Twain of all people knew the answer to this as early as 1881. When speaking to the New England Society meeting at Philadelphia, a group of exalted persons lineally related in direct fashion to those who placed their lily white feet on a rock in this continent called North America in 1620. He speaks of the different tribes Americans seem to belong to. The Mayflower tribe he describes as a particularly “hard lot.”

He says the Mayflower tribe:
“took good care of themselves, but they abolished everybody else’s ancestors.”

Mark Twain told them that:

“I am a border ruffian from the state of Missouri; I am a Connecticut Yankee by adoption. I have the morals of Missouri and the culture of Connecticut, and that the combination that makes the perfect man.”

But then he went to say that his early ancestor was “an early Indian,” identifying himself fully with indigenous people in America. In regard to this he told these arrogant bluebloods:

“Your ancestors skinned him alive, and I am an orphan. Not one drop of my blood flows in that Indian’s veins today. I stand here, lone and forlorn without an Ancestor.”

Between 1492 and this very day, Native-Americans, the very people most connected to this great land of liberty, watched as their lands, cultures, languages, and people were wiped out systematically by the tens of millions; perhaps even 100 million.

Terrible was the European Holocaust of the Jews in the Second World War, the Armenians in the First; and so many more. Yet no American leader of the United States acknowledges the pleas of the many surviving fragments of Indian Tribal Nations that speak of a holocaust to their peoples too.

How many forgotten ancestors do we need before we wake up and find the fundamental and elemental human sympathy to weep with the Tribes who have lost so much? What will it take to live companionably and happily? When will all of us take our places as part of a common humanity?

Like Twain, I am descended from some kind of early Indian skinned alive and left forlorn, leaving me as an orphan.