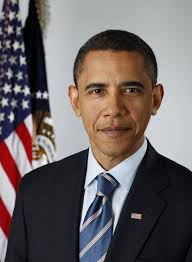 BREAKING NEWS—(Struggles for Justice Blog) Senator Ted Cruz of Texas made a 16-page, fully documented, and detailed report to the Senate Judiciary Subcommittee on the Constitution, Civil Rights, and Human Rights, where Cruz is the Ranking Republican member. The report lists no less than 76 impeachable offenses President Obama has allegedly, thus far committed, supporting his removal from office and potentially trial for treason against the United States America.

Senator Cruz’s report can be accessed at his Senate website under The Legal Limit Report #4. http://www.cruz.Senate.gov/?P=blog&id=1201

The Obama Administration has yet to respond to the charges, which could after Democratic defeat this fall, bring Republican control of both House and Senate and the first removal from office of a President in U.S. History. Glenn Beck, a talk show host, and other GOP lawmakers have suggested treason charges against the President.

Struggles for Justice was not at all surprised the President was in such hot water with Cruz and his subcommittee. Yet, the issuance of an official Senate document to a Senate subcommittee puts it on the official government record for the 4th time since Cruz become one of two U.S. Senators from Texas.

Struggles for Justice wonders aloud if perhaps Cruz’s actions might to some small extent have something to do with politics? We tend to feel Senator Cruz’s credibility might be in some way compromised by his record, actions, deportment, and what he has said to Americans since he took office. Yet he is running for President of the United States himself, and is the darling of the entire Republican Party.

We contend that none of the charges rise to the level of high crimes and misdemeanors or treason against the United States.

We want to know how you feel about President Obama’s alleged crimes. In just two sentences or less, and after having read the report (For we believe in the old Marketplace of Ideas, where to shed light on a public issues helps us all make better informed decisions as citizens),make your response under the Make a Comment section of this post.

Should American citizens remain silent in the face of such tyranny and dictatorial powers taken by this President? Here is what Senator Ted Cruz, Republican of Texas, had to say to that proposition:

“That would be wrong—and it is the Obama precedent that is opening the door for future lawlessness. As Montesquieu knew, an imperial presidency threatens the liberty of every citizen. Because when a president can pick and choose which laws to follow and which to ignore, he is no longer a president.”

Should you want to contact Senator Cruz he can be reached at:

One thought on “President Obama Charged With 76 High Crimes and Misdemeanors, Report to Senate Committee Says”