CUT CARBON OR DIE: A CLIMATE CHANGE MANIFESTO BY STRUGGLES FOR JUSTICE, and Thomas Martin Saturday 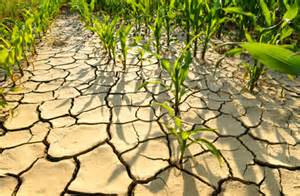 “Nothing in the world is more dangerous than sincere ignorance and conscientious stupidity.”
–Dr. Martin Luther King Jr.

We can significantly cut the hydrocarbons we burn and put into the atmosphere—and do it now, or the human race goes extinct in less than a hundred years. The choice is a Hobbesian one, for according to climate scientists, 80% of the remaining fossil fuels in the ground awaiting extraction must be left in the ground.

Struggles for Justice not only accepts the verdicts of science concerning climate change, but goes further and declares that we already have irreversibly contributed more than enough to make this planet nearly uninhabitable in the years ahead. The word here is “nearly.” But the window of nearly is closing rapidly.

Were we to unambiguously commit to green technologies and find means to shrink the world’s carbon footprint, a knife placed firmly at the throat of our Mother, the Earth, we can yet save ourselves and Mother too. If not, forget about your grandchildren having any sort of stable, much less comfortable existence, during their lifetimes—life itself likely cut short or never to be. The seven generations decision making the Iroquois and many other indigenous peoples continue to practice becomes an impossibility, as it is extremely doubtful that most, perhaps all of them would be in existence a century and more from now. It is a bleak and unforgiving future for our species.

Ironically, one of many things Native-Americans have been right about for years, and in which they have such a suppressed public voice due to racism, and a dismissive white majority, American Indians are being impacted hardest first.

The facts and science on this are irrefutable. On Tuesday, the U.S. Global Change Research Program put in place by our Federal Government to do the very best science, and assess the multiple threats to our national and personal security presented by climate change provided an 800 page report documenting this salient fact:
“Climate Change, once considered an issue for a distant future, has moved firmly into the present,” says the report.” http://globalchange.gov

This is what President Obama, Homeland Security and future presidents will all continue to get updated data on to better assess the impact and how we can defend ourselves against the extreme weather generated by global warming and greenhouse gasses.

The report is very specific as to the margin of safety, slim to none as it is, by telling us that in the continental United States early on in the document, noting that the mean temperatures have increased 1.3 degrees to 1.9 degrees Fahrenheit since records began to be kept in 1895.

A Chris Hayes essay in the 12 May issue of The Nation quotes Writer and Environmental Activist Bill McKibben’s provocative Rolling Stone Essay: “Global Warming’s Terrifying New Math.” McKibben takes the science data and puts it in terms of what we have to do to survive.

We quote the admirable piece from Chris Hayes to explain the dilemma we face:

“The scientific consensus is that human civilization cannot survive in any recognizable form a temperature increase this century more than 2 degrees Celsius (3.6 degrees Fahrenheit). Given that we’ve already warmed the earth about 0.8 degrees Celsius, that means we have 1.2 degrees left—and some of that warming is already in motion. Given the relationship between carbon emissions and global average temperatures, that means we can release about 565 giga-tons of carbon into the atmosphere by mid-century. Total. That’s all we get to emit if we hope to keep inhabiting the planet in a manner that resembles current conditions.”
The Nation, 12 May 2014, 13.

Hayes continues to present the numbers, McKibben’s terrifying new math, derived in turn from the Carbon Tracker Initiative, a cooperative consortium of both financial analysts, with an ear close to business, and not just environmentalists. The ultimate number is that the remaining fossil fuels left in the ground and already owned and scheduled for extraction by both nations and multi-national giant corporations, is fully five times what we can safely burn. This is where the 80% left in the ground fossil fuel reserves worldwide Hobbesian number comes from.

This is worse than even the most enthusiastic tree hugger and new age bunch of people could make it seem. It is simply a reality that presents us with that horrible choice. The thing is.

Struggles for Justice is taking a firm and unwavering stand for immediate and total carbon reduction inside the continuing numbers provided by not only the President’s climate survey group but the chorus of scientists around the globe. Hell folks, even the unflappable and moderate Bill Nye the Science Guy is telling us the same thing.

Climate change and its many impacts don’t care if you are conservative or liberal, religious or atheistic, Republican or Democrat, American and First World or Third World, poor and oppressed. No matter how selfish and greedy or how much in denial about this you are, the impact is coming to whack you nevertheless. The climate of the Earth is an equal opportunity threat to your very life, property, and that of your children and their children with no significant change to carbon emissions.

It is a what’s more important to you equation: with the choices carbon reduction or death. Your editor didn’t take long. He’s squeamish enough to vote right away for survival.

Worst of all, we cannot wait until everyone agrees about climate change. If we do it will be a statistical certainty that the human race will perish.

Those of us in this world who don’t deny reality stand together against those of you who do. And to employ a Garrisonian bit of rhetoric: “WE WILL NOT EXCUSE, WE WILL NOT RETREAT A SINGLE INCH, AND WE WILL BE HEARD.”

This issue is no mere inside-the-beltway pawn or something to pillory by Fox News. Those things are simply not in the game, not even the barest fraction of the importance to the greatest challenge the human race has been given since we struggled to walk upright, and the size of our brains increased dramatically. It matters not if it was evolution or God’s heavenly eternal plan. The results of climate denial will be the same.

The things we do to the planet, our record of the stewardship which was handed to us by God incarnate, is ghastly, filthy, and sordid in the extreme. It mocks God. That higher power does not have interest in how much money we can amass, or how much we can abuse the planet to play God with creation. It’s distinctly the reverse.

Those in denial and refusing to act, and those doing most to do further damage to the Earth will be judged by the Almighty in the only event to rival this; Judgment Day or the Second Coming, or the sorting out of the worthy from the unworthy taught by any faith worthy of calling itself a moral way of life.

Chris Hayes, with incredible sagacity, helps us understand that not since the Abolitionists launched their uncompromising immediatist movement to end slavery in 1831 has there been such a head-on collision with the powers and immovability of wealth.

Slavery was worth at its peak 16% of all the assets in the United States at the time. That is $10 Trillion dollars by contemporary measures. Humankind is such a flawed and craven species that the resistance to ending slavery that brought on the American Civil War and its horrific death toll will pale by comparison to wresting control of what we burn in fossil fuels from an energy industry worth $20 Trillion. Fools and billionaires do not part with this wealth without striking back hard and mortally at their perceived enemies.

Low carbon footprint greens have and will be targeted for death or silencing by whatever means necessary if history is any guide, just as were the Abolitionists. We will be hated. We are hated. We will be attacked. We have been attacked. But if we love God, the Earth, and love our children and care for our children’s children we will not shirk our duty to keep the pressure on. Whatever can be imagined from the pro-fossil fuel interests of this world, our modern day slaveocracy, resistance to this revolution in our environmental behavior will be ruthless and swift from the old fossil fuel fossils.

It’s clear that slavery itself, the owning of a human being by another human being is such a monstrous historic practice that it is hard to put it below this cause as great as it is. A great evil is a great evil.

Neither your editor nor Struggles for Justice advocate violence and conflict of any kind. Moral suasion, along with existential necessity is more than enough.

Struggles for Justice simply had to come out unequivocally for a green future for the world. It is a stand without compromise, for the stern necessity for change won’t compromise with us.

It does not require we burn no fossil fuels. It does not end entrepreneurial activity or profit and economic growth for all that and more will be needed to transform the world’s high carbon addiction for a low carbon emissions future.

Want world peace? Not if drought and famine spreads ‘oer the globe, as temperatures climb and the number of 100 degree plus days each year become commonplace in areas where it never before has been an issue. Heat related deaths in the United States lead so many others now.

The number, severity, and death tolls from F5 tornadoes, high-impact hurricanes and typhoons grow before our very eyes.

It’s the dry conditions leading to vicious wildfires on the one hand, and massive flooding on the other. It is not enough moisture for plants to thrive here, and too much there; too cold, too hot, just too much—a set of highly destructive planetary extremes.

It is mass migrations of peoples and wars and rumors of wars to settle who gets the remaining food and clean water that can’t supply everyone.

This is what we’ve done by denying the facts of life and death, and the hard truths of climate change. Al Gore’s merely inconvenient ones are a dim and fading memory.

This is not an ideological or partisan argument. It is moral and principled to be sure, but not that. Truth informs us that a pure ethical idea cannot be defeated. That advanced here must either be realized or some sentient species as yet unknown to the universe will pick over what little we leave behind and wonder at such stupidity out of a species both sentient, and with such a mass of brain matter. We’ll be mocked worse than any dinosaur or dodo bird.

On that chilling note I’ll close and ask you to think; to really think logically and to act on science, fact, and even your ethical system or religious faith’s core demands for righteous and ethical behavior. Consult righteousness and goodness. Not greed, denial, and game-playing for political or hegemonic advantage. Just standing for the right and proclaiming it. This may be the ultimate struggle for justice. There is great virtue and drama and meaning in that. Join us.

Thomas Martin Saturday
for Struggles for Justice
“Speaking for the Voiceless, Protecting the Vulnerable”

2 thoughts on “CUT CARBON OR DIE: A CLIMATE CHANGE MANIFESTO BY STRUGGLES FOR JUSTICE, and Thomas Martin Saturday”