The Deceptions of Race in American Life by Thomas Martin Sobottke 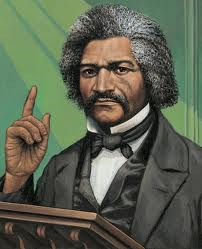 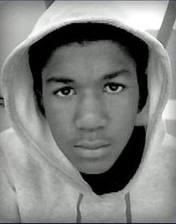 The other day, conversing with writer friends, I simply mentioned I was going to address two groups later in the year on the subject of the American Civil War Historical Memory, and that these talks would have the elementary proposition that race has been, and still is the largest influence and the driving dynamic of our whole history.

A woman in our group immediately called that into question and spoke of her experiences with her grandmother who said that many white Southerners were in truth good people who have always fought hard for racial justice. There is truth in that for there are always those who know; what Dr. King spoke of as whites “all too few in number” who were willing to risk all for “The Movement.” She went on to say that she had visited a large South Carolina plantation historical site and that there she had learned that the family had taken care of “their people” even after the broils of war had faded and Reconstruction had gotten underway.

This could not go unchallenged, as others were listening. It so happens that the American Civil War Era is my specialty as a professional historian and a member of the academy. I helpfully suggested that this situation was the exception rather than the rule.

She shot back that while the legacy of slavery and race prejudice “was horrid,” that we all should agree that the issues of slavery and race were largely solved with the end of the American Civil War, and the nation was able to move on. The implication was: why couldn’t I?

I made this time a much stronger plea for the group to reconsider what she had just proffered as truth. The woman would not accept my expertise as superior to hers in the historic sense. This single plantation’s history and her no doubt virtuous and loving grandmother excepted, the Reconstruction Era, what some call the Nadir period of race relations that followed, the Era of Jim Crow, and the Modern Civil Rights Movement of the Second Reconstruction all belied what she had just told us. Then there are the Trayvon Martin and Jerome Davis murders where race, and particularly racial stereotypes, played such a huge role in what transpired.

Once the words Trayvon Martin were uttered we were fully at odds with each other. She wished for all of us to know that George Zimmerman and particularly, she herself, were not guilty of racial prejudice; perhaps. Yet she also said “you liberals are always playing the race card!” We always do when matters of race are paramount. She had me firmly by the scruff of the neck. I said that the reason we always played the race card is that it was always interjecting itself in so much of the human conflicts our nation has had and continues to have to wade through.

Motions were made with her hands telling me she did not wish to hear this; that Republican conservative whites were in no way prejudicial to people of color. I responded that her behavior was just what I always received from the dominant majority in fending off charges of racial prejudice or outright bigotry. People often come up to me and get in my face quickly since they know of my interest and expertise. They repeatedly (as if it is the movie groundhog day) have to tell me—they must tell me that the very idea of race being in any way central to the land of the free and the place that has always declared we are born free and equal could not be anything like I suggested in what I wrote, spoke, argued, and gave witness to.

This led me to think deeply yet again about the deceptions of race in America and our nation’s default setting of full denial of the truth of who we are and why. Of course, race and racial stereotyping prejudices all of us no matter what color since it is so interwoven into the fabric of American life. It could not be otherwise. Yet, white people are especially anxious to win this argument, since if they lose they are condemned before history by their own hypocrisy. So denial is the preferred option.

Ralph Waldo Emerson in speaking on this point said:

“If a man dissemble, deceive, he deceives himself, and goes out of acquaintance with his own being.”

Frederick Douglass spoke of this when he said:

“Self-deception is a chronic disease of the American mind and character. The crooked way is ever preferred to the straight in all our mental processes, and in all our studied actions. We are masters in the art of substituting a pleasant falsehood for an ugly and disagreeable truth, and of clinging to a fascinating delusion while rejecting a palpable reality.”

So could both the history of our nation, and the experience of our lives inform us that these statements are undeniable truths to those seeking them, and “you liberals always play the race card” for those that do not?

One only has to stop for a moment and consider the on-the-record historic experience:

African-Americans, then women, Native-Americans, especially considering the outright genocide practiced against them for centuries, workers seeking better hours, wages, and working conditions, then right on to Mexican-Americans and all Latinos, swarthy Middle Eastern peoples both Christian and Muslim, and so it goes on for as long as you wish to let your mind wander over the colossal landscape of racial, ethnic and religious prejudice that is American history.

And then to in moments of self-realization know that your own self-deception on the matter is a defense mechanism for not wishing to confront the truth about ourselves as a people and a nation over our entire history.

Yes, the deceptions of race in America follow us all and we cannot escape; unless we fully acknowledge what is, and not what we wished was true about us.

Dr. Thomas Martin Sobottke
For Struggles for Justice
“Speaking for the Voiceless, Protecting the Vulnerable”