Immigration Reform: What of the 11 Million Latino Masses Yearning to Breathe Free? 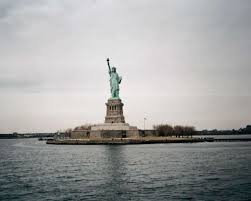 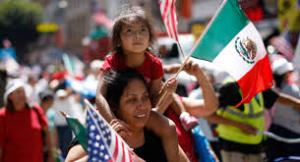 House Speaker John Boehner made clear last week that the House of Representatives will not vote on any bill concerning immigration that is anything like the comprehensive Immigration Reform Bill passed by the Senate earlier this year in 2013.

What is becoming clear is that any reform of the immigration laws in the United States must be piecemeal—one part at a time and only those parts of the bill that Republican members of the House of Representatives choose to pass in 2014. That piecemeal approach minus a path to citizenship is unacceptable now, unacceptable tomorrow—perpetually unacceptable.

If you are a Latino here legally on a green card or like millions more, are full citizens of the United States, your brothers and sisters here without papers—undocumented– will not see much done to help them in 2014 either. Democrats will keep pushing and arguing—and the leading voices will be Latino Democrats as usual. The Republican Latino lawmakers who earlier supported immigration reform with citizenship have run away from this issue. We all must take note of that as an unfortunate fact—not a total endorsement of either party. It is just what it is.

Republicans are most reluctant to pass parts of the Senate immigration bill that was and is truly comprehensive reform of U.S. immigration law. What they want least is any sort of pathway to American citizenship for those 11 to 12 million in the shadows, who fear every day that they will be discovered and deported by an Obama Administration eager to show they are more than doing their job with more apprehensions at the border and a record number of deportations.

Republicans and their Tea Party supporters complain that yes, while Obama is catching more people trying to enter the U.S. illegally, the deportations are too focused on those who have committed Federal crimes—especially drug related offenses, or re-entering the U.S. without documentation (illegally) a second or third time which is a Felony offense.

Meanwhile 53% of those incarcerated for these offenses are Latinos. Not all undocumented immigrants are Mexicans or Latinos either.Mexicans entering the United States annually show a statistical high of 770,000 in 1999, and due to the economic depression hitting the U.S. after 2008 has fallen to just 140,000 in 2010.

The heart of the immigration issue is a human one. It is not a matter of how high the walls on the U.S.— Mexican border are, or how many armed guards there are at the border, or how aggressively border security and deportations of those caught are handled.

The heart of the issue are those things which Republican lawmakers and their supporters least want done: a clear path to citizenship for the undocumented who live among us, work so hard, are cheated so often because employers know their true status, and who often have families here with them. Or if not citizenship, green cards to allow them to work seasonally in the U.S. or on a regular basis but documented, legal and safe to live and thrive.

Having families broken up by deportations, or when one caught is deported or incarcerated while the rest of the family lives in crisis is just not good policy. Taking children away from their parents is never ever good policy. We at Struggles for Justice must call it what it is—an evil.

Moving aggressively on a good comprehensive immigration bill that legalizes via green cards and eventual citizenship for all who want it—and most do, is what ought to be first to be passed into law. But Republicans don’t really want this. They want big time border security and more tough enforcement of what are essentially the present laws on immigration.

It must also be said honestly, that Latino members of Congress and an amazing number of white Anglo members, and black members, who are Democrats support comprehensive immigration reform, want to vote on it as soon as is possible—and most of all they want a path to citizenship for the 11-12 million undocumented among us That is important—Latinos must know and do know who their real friends are.

The current bill though is much too tough—12-13 years for citizenship. That is patently ridiculous. The U.S. Constitution requires only five years for becoming a citizen. The undocumented should and will openly acknowledge in court they broke the law, are contrite about it, will pay the standard fine for this offense as it is a civil one and not a criminal one even under current U.S. immigration law, and then get into the back of the line for those being naturalized for citizenship by the Immigration and Naturalization Service.

The system is so broken that legal immigrants are taking much beyond the five year Constitutional standard to become full citizens of the United States. That too is objectionable to Struggles for Justice. The process must move more quickly for all-undocumented and documented alike. It must serve human beings—not degrade them and inhibit their ability to become Americans and join the rest of us in this great democratic experiment.

What is needed in comprehensive immigration reform is a system that protects families as much as possible and does not shred them apart. We need a system that permits those in the shadows to come out into the sunlight of full legal status and to be welcomed as potential citizens and not criminals, unless of course they really are criminals and pose a threat to all.

We ought to fund the agencies dealing with immigration at levels more focused on dealing compassionately with the people who are not doing anything wrong except having entered the country without legal documentation. Yes, that is a violation of the law and it must be put on record for each violator. They must acknowledge it and show how they intend to live with a green card and plans to become citizens.

Struggles for Justice editorial staff is Anglo but we do not fear or loath millions of Latinos who are undocumented joining those who are becoming citizens or are already Americans fully across the board. Latinos are just as good a group of Americans as any who have come before. They are just as honest, decent, and good family people as anybody in the United States today. They work as hard, maybe even harder and jobs from the lowest, most humble, to the most exalted.

The editor of Struggles for Justice has a great-grandmother who came in legally but she washed floors, changed the sheets on beds, and removed chamber pots with the excrement of her employers. We have to say that is a humble start and he has not forgotten that. There are those who labor in equally humble conditions picking crops, working for less cutting lawns for corporate business, in the fast food industry, and construction. Honest labor must never be degraded or pass unacknowledged simply because it is more humble.

And even a few of the undocumented have and are in harm’s way fighting for the United States and not yet citizens. Some of those people have died serving a nation they either just became a legal part of or they merely dreamed they would.

Both Republicans and to any extent it is occurring by Democrats, should stop playing politics with people’s lives. What is good, just, and right is welcoming the stranger as Christ and the Christian faith which nearly all the undocumented practice faithfully, teaches all of us, not just the Anglo present majority who may think themselves more exalted examples of a common humanity—somehow cast of finer clay.

What nonsense this all is. Yet, the way policy on immigration is being handled is a total travesty of justice. It is wrong, it is evil and it must end. Let’s have that path to citizenship passed first if as Republicans in the majority in the House of Representatives are calling for a piecemeal approach. No, we must not have even tougher border security and enforcement by ICE officers already acting so inhumanely by law.

Rather, let us all celebrate our new brothers and sisters here in the United States and do all we can to make them thrive and everyone thrive and live in common together in love and true affection for each other. That is what Struggles for Justice stands for on immigration for as long as it takes to make justice out of what is deep injustice at the present moment.