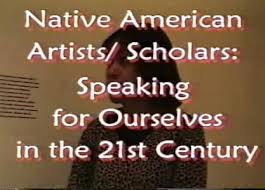 If the Wisconsin Legislature and Governor Scott Walker were completely honest and truly willing to treat everyone who attends K-12 Public Schools in Wisconsin with equality under the law, in essence equal treatment under the law, the current bill before the legislature re-writing the State’s Statute regarding Native-American, race-based mascots, nicknames and logos would be simply to prohibit the use of any race-based nicknames, logos, or stereotypes in our schools. They would simply be done away with over the entire State of Wisconsin. That’s justice. Anything less is discrimination and racial inequality.

Let us begin with the guiding principle for any use of these things to be that any mascots, nicknames, logos or other symbols:

Using any group of human beings commonly thought over history to be a race of people from which to derive sports team names, mascots, logos, and other symbols which being common could and would be considered stereotypes of that racial group never lends respect, dignity, and an environment without harm to the race of people so singled out.

Only the White Anglo-Saxons would probably benefit at this time. Yet, since they too will no longer be the dominant white majority of centuries past in the United States as early as 2040 or 2045 depending on what Census Bureau statistics and projections you wish to view permitting race-based team names, nicknames, logos and stereotypical symbols of the white race would be problematic within a few years.

In Schaumburg, Illinois there is a high school whose team names and the slogan used along with an appropriate logos the “Saxons.” Yet, viewing the glass cases at the school containing the schools honor students, best athletes, and participants in school clubs, the overwhelming majority of students are non-white and predominately Asian-Americans.

This is not an argument to change their team’s symbols and nickname to the “Hindus” or “Muslims” or “Indians” of the real India. It is a cautionary tale to confirm that using a race of people for such things does not elevate anyone, and quickly can be an embarrassment or an act of exclusion for the Asian kids who know immediately that the Saxons of England were white people and not Asians of color.

Our schools no longer are attended by one single race of children. They almost never were. Even the American Anthropological Association as early as 1995 in view of the DNA similarities between all of us have passed a resolution stating that there is no such thing as race. But we must consider that over historic time—centuries even, people with different color skin pigmentations have been treated according to the degree of whiteness they possess. That is a painful reality we all must know.

The growing diversity of America demands we use nicknames, mascots, and logos that everyone can see as their own and in no way discriminatory. Even ethnic team names and mascots and symbols can be problematic for various reasons.

Mukwonago High School says that their “Indians” nickname and Indian with headdress logo has been a tradition for almost a full century. That would be around 1912 or so. Just what were white Caucasian attitudes in the period overlapping the nineteenth-century and the opening of the twentieth? We are talking about the prevailing state of racial opinion among the whites who in fact chose the Indian nickname and logo. We must look at the decade preceding the inauguration of the Mukwonago Indians and its logo for what the public opinion of the dominant white portion of the nation would give to the very same people who began that tradition of the Indians at Mukwonago and at other places.

Using the sharp eye of the historian what do journals and magazine articles and books of the time tell us about white attitudes to people of color?

Well, here is what the white majority in the United States and Great Britain alike were saying about white people versus non- white people about that time the white citizens of Mukwonago were adopting the Indians Nickname and logo to represent their sports team and community. Here are some examples of commentary from informed Anglo-Saxon (white Caucasian) contemporary observers between 1898 and 1902:

“With us of the Anglo-Saxon race as with the Romans of old, there is an innate conviction, sometimes suppressed but never abandoned, that it is our mission, our manifest destiny, to rule the world.”

Another British writer, commenting on the quick victory of the United States over Spain, and the cowing of the Filipinos wrote all too candidly that the Americans “are chips of the old block, after all; and they have shown, as we think, that there is something about the Anglo-Saxon which puts him a step higher in the scale of civilization than those ‘lesser breeds without the law’ of which Mr. Kipling speaks.”

Theodore Roosevelt wrote a three volume study late in the nineteenth- century, expressing the common view of America’s Westward expansion in which he seemed to find little of value among indigenous Americans when he wrote, “during the past three centuries the spread of the English-Speaking peoples over the world’s waste spaces has been not only the most striking feature in the world’s history, but also the event of all other most far-reaching in its effects and its importance.”

Even as far back as 1845, the editor of the American Democratic Review, John L. O’Sullivan had said when referring to Mexico: “the Anglo-Saxon foot is already on its borders.”

Referring to both the Mexicans and the Native-American races on the North American continent late in the nineteenth century just as the twentieth was breaking an American expansionist observed “the Mexican race now see in the fate of the aborigines of the north, their own inevitable destiny. They must amalgamate or be lost in the superior vigor of the Anglo-Saxon race, or they must utterly perish.”

Another white Caucasian American observer wrote just on the very cusp of the development of the Mukwonago Indian nickname and logo “the truth is, that the Anglo-Saxon feels himself superior to his neighbors wherever he goes, and never hesitates to betray his self-aggrandizement—whether he is a Western Angle in England or and Eastern Angle in America.”

When Mukwonago was within just a few short years of picking their mascot, nickname, and logo this was what one of the white soldiers who was present as fighting broke out between white American troops and Filipinos who were viewed considering their dark skins to be similar to both American blacks and Indians. “Well, I think I got my second Filipino that time. We retreated to where our six other fellows were, and I said, ‘Line up, fellows, the niggers are in here all through these yards.”

This was the common view held by white people toward those of color well into the twentieth-century. It is in point of fact the cultural and intellectual racialism of this period that furnished the subtext for a selection of some group of people to be warlike and fierce, and yes we must admit savage enough to win games on the gridiron or the basketball court or the baseball field for the citizens of Mukwonago, Wisconsin and elsewhere.

I wrote in 2008 that “the context for much of this was a strong note of Anglo-Saxon racialism present in both countries.” (British and American Imperialism) My easy familiarity with this racialism came from heavily researching both Anglo-American Imperialism, but also the deep and overwhelming racialism of much of this period—and the period following when presumably Mukwonago was choosing its nickname and logo.

Stephanie Fryberg completed a groundbreaking doctoral dissertation and social psychological study that should be used to determine the level of discrimination and stereotyping and the harm these nicknames and stereotypical symbols do to children in our K-12 system. She is now resident as a professor of social psychology at the University of Arizona. Some 300 companion studies have only confirmed what we know and have known for a long while: those minority groups of color racially that have traditionally in American history been subjected to discrimination and marginalization are all damaged by racial stereotypes imposed upon them by the historically dominant white majority. And it is no different for Native-Americans, who until Dr. Fryberg’s groundbreaking study were overlooked in this area of research.

Now this is not any diatribe against the “so called” white race. Those people have shown enormous progress in coming to understand the horrible nature of racial bigotry and discrimination. Here is yet another piece of that huge puzzle. As an American historian, I can say without refutation, that race has been the greatest influence on our development both good and especially bad throughout our history.

Since 2008-09 we have seen how the growing diversity of the United States demographically in racial terms has and is disturbing the easy confidence of white racial supremacy as it has existed for centuries and in some places and situations yet exists.

So any Wisconsin legislator, or official of the Department of Public Instruction, or of a local school district with a Native-American nickname and logo, or our Governor, or the current white majority of the State of Wisconsin and the United States should pause and give very careful attention to this underlying yet so important cultural, racial, and ethnic subtext to the historical development of our nation.

We must understand that the Indian nicknames and logos in all forms have been imposed upon indigenous people in this nation without exception and that no tribal nation under United States Federal Law, the Supreme Law of the Land, regulating relations between the United States and the tribal nations of America as co-equal national entities, and the governmental decisions of the Native-American Tribal Councils across the nation have ever acceded to doing this to Native-Americans.

And despite the existence of the exception of the “Saxons” of Schaumberg or similar white warriors or knights in some schools, the Native-American race “so called” has been the only race in the nation to have these discriminatory, hateful, disrespectful, and even harmful nicknames and symbols imposed upon them.

This is something to give the most careful thinking to as we make policy for these things both in Wisconsin, other states, and with colleges and universities and in our nation’s capital. Ask the Great Lakes Tribal Council what they say about this. Do they say “yea, we approve of these Indian mascots, logos, and nicknames?” Or do they say “nea, we do not approve and we object in the strongest possible terms and five times have passed resolutions that say so.” It is the latter.

Sources: (program could not link numerical endnotes but they do follow in order presented below)

One thought on “Racialism and White Supremacy Inherent in Indian Mascots, Nicknames and Logos by Thomas Martin Sobottke”