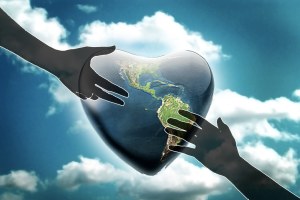 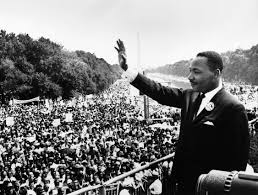 The reaction to the Zimmerman Case verdict with so many protests at George Zimmerman not being held accountable-culpable–for the death of a 17-year-old black youth, the Supreme Court’s gutting of the 1965 Voting Rights Act re-authorized by Congress amidst such overwhelming, and almost unanimous margins in 2006, and the social tensions as white supremacy fades in the United States is spurring a New Civil Rights Movement.

Instead of leaning on the laurels of the successes of the Civil Rights Movement of the 1950’s and 1960’s it has become self-evident that the nation must advance the cause of civil rights, equal treatment under the law, and basic human tolerance for each other.

The voter suppression taking place all over the country, stand your ground laws in 22 states, and the attacks on women and their free choices as to their fundamental health care along with the rising panic of the white majority in this nation makes urgent the need for not just tolerance but an embracing acceptance of each other on equal terms be pushed forward.

This August 28th will be the 50th Anniversary of the March on Washington in 1963 and of Dr. Martin Luther King’s I Have a Dream Speech. Instead of marking this anniversary with a commemoration at the Lincoln Memorial a new march on Washington must take place.

Now is the time in what King often called the “fierce urgency of now” for the fuller realization of King’s 1963 Dream. We have had a half-century to move forward from the Civil Rights gains known as the Second Reconstruction. We’ve been refusing to press forward energetically enough, in a state of denial about the continuing and often more subtle forms of injustice common in America today.

The racism, sexism, ethnic and religious intolerance that so infects the land cries out for the mighty streams of sweet justice for all, promised under our Constitution and prophesied in the Christian scriptures.

The palpable fear and panic of the white majority, minus a large number of liberal accepting white people has led to legal measures to deny the rest of us equality under the law and the kind of easy acceptance that permits all to feel welcome and valued as part of the great American democratic experiment.

Conservative Republican laments that minorities will just vote as Democrats if given full voting rights via upholding the spirit and letter of the Voting Rights Act and a path to citizenship for undocumented immigrants that will take thirteen years as it is when the Immigration Reform Bill is passed by Congress ignores the duty of that party to change their platform meaningfully and not simply talk to and restrain themselves from uttering and acting like racist xenophobes.

These people must change. Now is the time. The United States of America is more than strong enough to withstand the end of the white majority and white supremacy later in this century to a new state of things where there is no oppressive majority at all. In point of fact, equality and something beyond simple tolerance has strengthened the national fabric rather than diminished it in the past.

The Neo-Confederate Celtic White Supremacist Movement with its League of the South, U.S. National Socialist Party, the Sons of Confederate Veterans and United Daughters of the Confederacy must do something hard. They must change their views, and examine their deepest feelings about race in America.

Simple tolerance is not enough. It pre-supposes that a person dislikes or despises another but will not act on that derision. What is needed is for the rest of white America to fully embrace what the rest of us believe and know to be true and right.

Everyone’s race, ethnicity, and religious preferences must be respected and honored. We can both honor who we are and fully embrace who others are as human beings. The recognition of a common humanity created by God or some higher universal force governing life is essential if not only the United States but the world is to survive in the years to come.

Knee- jerk reactions that see the NAACP, liberal media, or the black civil rights leaders of today as trouble makers who break the law on the part of right wing politics polarizes our nation unnecessarily.

What if all Americans of all races, creeds, ethnic backgrounds and political parties marched on the Lincoln Memorial this August 28th with clasped hands and united hearts to celebrate that founding core principle of the American ethos: “all men are created equal” and of equality or equal treatment under the law; and most universally the brotherhood of humankind?

There is a new Civil Rights Movement in this country now and the white majority who dismiss it or despise it must accept the reality of it. Better to embrace that common humanity rather than reject it and act immorally to deny the rights and place of others.

Let us realize the dream of America espoused fifty years ago by a black man who led a non-violent movement of passive resistance to oppression. Let us have justice for all and not just some in America.

One thought on “The New Civil Rights Movement”